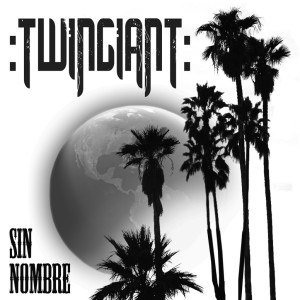 Translating to literally “Without Name” or “Nameless,” Sin Nombre, the new EP from :TWiNGiANT: really does have difficulty naming it’s brand of “loud-as-shit, heavy music.” With such  influences as Mastodon vocally (lead singer/bassist Jarrod rips his bass while unleashing a mean growl) and even Tool musically (drummer Jeff seems to draw from more worldly influences than some metal bands), :TWiNGiANT: stays true to their sludge metal roots. Add to that both Dave and Nikos on both lead and rhythm guitar and you got the makings for some rockin’ shit! Check out :TWiNGiANT: and a ton of other AZ acts when they perform as part of the “Grandest Night of The Season; The Benefit of Mr. Dan Somers” happening August 24th at the Rogue!

Take Over and Destroy

When I first heard Endless Night I was sifting through a large collection of metal albums hailing from all sorts of Arizona bands. I was also cleaning. You know: doing dishes, vacuuming, straightening up. Endless Night got me moving like no other. It’s fuckin’ rad. Subsequent listening has evoked multiple fists in the air, shouting along with the gang vocals on “Howling House” and general nonstop head-banging. I highly recommend this album to anyone who enjoys even the slightest bit of metal to those who thrive on it. Plus, it’s something you don’t often here from Mr. Bob Hoag and his Flying Blanket Studio!

A little life lesson that I’ve learned throughout my years: a band is only as good as its drummer. Always keep that in mind, my young padawans. Listening to Nathan Bigelow’s drums during “Cometoid” at the start of Solar Impulse’s self-titled, debut album is earth shattering. I had to look these guys up to make sure it wasn’t a programmed beat back there! Chase Hansel (guitar), John Brady (bass), Matt Hobart (vocals) and Will Dixon (guitar) do a helluva’ job keeping Solar Impulse the true death of all metal. Sweeping, epic guitars carry the listener over a solid, stoic deathbed of a rhythm section. “Drone Contrivance”, “Temporal Abolition”, and “God Particle” top my list of favorites. And what stellar album art done by Colin Marks & Erik Weir! Catch Solar Impulse tonight at Rocky Point Cantina in Tempe! 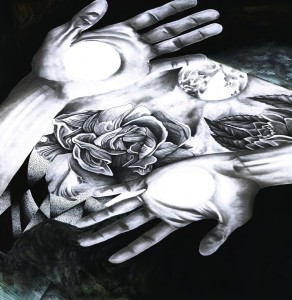 The Negation of Life

“Heavy and weird.” That’s the answer to the question, “What does ColumnIII sound like?” To members Alexander(guitar), Ian(vocals), Kazdin(bass), and Josh(drums), trying to pick a genre is a joke. You might as well just call them “noise.” They do. The Negation of Life certainly demonstrates this. From the powerful drone of opener “Rot,” through the succumbing beauty of “Traverse,”  into the erupting finale “Zero,” The Negation of Life certainly does its best not to define itself. For those that need an answer, think along the lines of Isis. This is definitely post-metal and it definitely kicks ass. Catch ColumnIII perform with Deafears, Krampus, and Ruptures at The Spot in Tempe on August 17th.