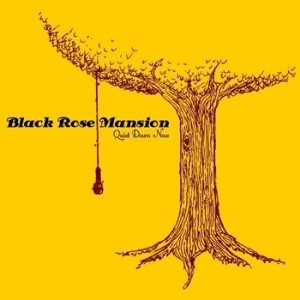 When I first encountered the single “Poster Child” from Black Rose Mansion, it was love at first listen. And then I had to wait a whole entire month for the rest of the album. The problem with falling truly, madly in love with an early track from an album is that the band often decides to put their best song out first to drum up interest for their impending release. Then, listeners are left with an album that doesn’t live up to the initial hype of that first fabulous track we all heard. Quiet Down Now more than fulfilled my expectations. I love love love this album. Vocalist Todd Hoover delivers his David Byrne-esque sound with perfect precision in every note with a slightly shifted sense of timing that adds to the overall rad-ness of Quiet Down Now. Bassist Scott Gesser, drummer Jeff Michaels, and guitarist Bryan Starbuck complete Black Rose Mansion’s rocknroll, post-punk quartet of musical goodness. Lyrically fierce and viciously smart, you really have to spend some time with the album to take in all the words and sounds. It gets better every time. “Rosalynne” and “Refunds” are two excellent examples of the lyrical prowess found in Black Rose Mansion. I can’t say enough good things about Quiet Down Now but I do have to stop. Listen to the album here before its official release on July 16th. 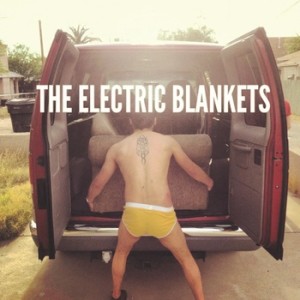 Why can’t I download this album and carry it around with me everywhere this week? I expect an answer. I’m totally enamored with the embraceable indie rock of Tucson four-piece The Electric Blankets. Guitarist Erick Bornmann, vocalist Raul Michel, drummer Steven Yanez Romo, and bassist Tadj Roi create a solid indie rock sound that might lead to some dance moves. The six-track EP kicks off with “Drive Dive Die”, a lively number that sounds a bit more pop-punk than the rest of the record. “San Francisco” and “Summer Dress” have more of a Long Beach surf-y vibe that makes the songs impossible not to jam out to. As we move through the latter half of the  EP, The Electric Blankets develop more of a garage sound before the culmination of this dissonant hue in “Dirty Prayers”, the album’s final track. The pop-tinged “First Song” just might be my favorite song on Vehicles but “San Francisco” is putting up some stiff competition. So you can’t (yet) download or purchase their album through their Bandcamp but you can stream Vehicles in its entirety. Give it a listen here. 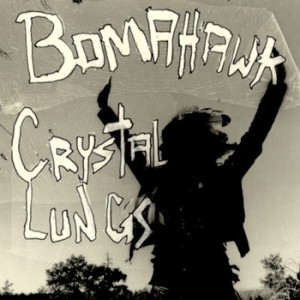 The trio out of Prescott known as Bomahawk makes melodious garage pop perfect for listless summer days. Drummer Grant Hilva, guitarist Hans Miles, and bassist Jason Van Goidtsnoven all join forces to provide vocals for Bomahawk which lends itself to a communal, shout-it-out feel on their album Crystal Lungs. Their music, much like their name, sounds like an amalgamation of different thoughts and influences rather than one clear associative path. “Hop” sounds a little bluesier while tracks like “BeeBop” definitely lean more toward a gritty ambiance. “Breeze” really seems to capture the angsty desert sound that makes Bomahawk special. Check out their album here. Special thanks to Former Friends of Young Americans for their carefully curated show at the Dressing Room which introduced us to a few new Arizona acts including Bomahawk and Massa. 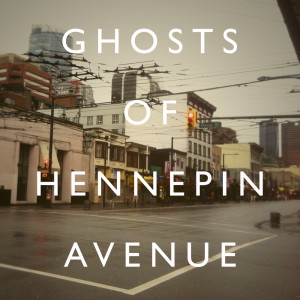 We first became familiar with Adam Allred’s soft-spoken musical style with the release of 2009’s Strangers. Released on July 1st, Ghosts of Hennepin Avenue is a gently moving album that invokes a sense of peace and introspection in the listener. The songs have a very visual quality, more a sense of sound than lyrical description, which is not necessarily surprising given that Adam is a painter as well as a musician. Where Strangers was shaped by the distinct influence of Elliott Smith, Ghosts of Hennepin Avenue shows the artist becoming comfortable with his own sound, a little more even-keeled and a little more grown-up. Through the sweet, slightly sad songs, Allred’s voice adds a sense of emotional honesty and innocence while delicate guitar work – like on the outro of “Old Stories” – adds a fanciful element to the simple elegance of the tracks on Ghosts. “Rose Garden” perhaps epitomizes this new whimsical element occasionally heard on Allred’s latest, adding a layer of timelessness and romanticism to album. I suggest checking into this artist as soon as you can. Stream the album here or download Ghosts of Hennepin Avenue in its entirety for free here. 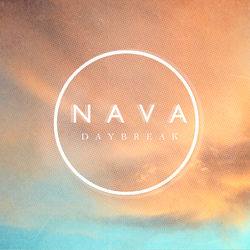 The five-track debut EP from Phoenix’s NAVA brings professional-grade electronica-fueled alternative rock straight to your ears. Hiram Hernandez and Chad Crawford (formerly of Scary Kids Scaring Kids) make up the dynamic duo that is NAVA. The album opens with “Something Better”, quickly establishing ambient tendencies within this decidedly screamo sound. “Stranger Than Fiction” offers the pair’s take on a familiar theme in both music and literature with NAVA flair. On “Ascending” the group approaches a more disembodied sound before abstract, floating tones give way to the harder, driving rock that makes NAVA’s overall sound. Available on Spotify and through Bandcamp, check out Daybreak today.