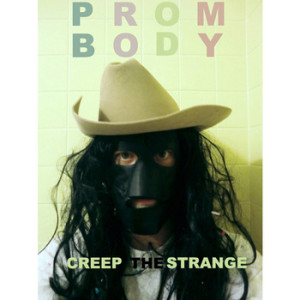 Creep the Strange
Michael Fay, the man behind Prom Body, recorded Creep the Strange on a 4-track in his bedroom, a lo-fi musical adventure in eleven tracks. The LP opens with “Cream Theater”, establishing a sound both feisty and dissonant with a fun-loving, carefree feel that carries through most of the album. Singsong vocals and reverb-heavy guitar work make for an ideal summertime listen: angsty but spirited. The beats on the album combine live drums and a Casio keyboard drum setting run through loop pedals. Creep the Strange could easily fit in the weird (or nerd) punk movement currently gaining force. Prom Body manages to score the fuzzy garage pop feel the Strokes sought out for Is This It without the financial backing of RCA. Head here to listen to Creep the Strange. Prom Body is also trying to raise funds for a music video. Check out the fundraising page and maybe contribute a little something-something to the cause.

The Death of All My Friends

The Death of All My Friends opens with the gritty “Breakfast for Dinner”, laying out the unique sound that makes The Thin Bloods a band worth hearing. Experimental blues pop? Arthouse punk-tinged rock? Whatever it is, I’m liking what I’m hearing on The Death of All My Friends. A little background on the title of their album… The Thin Bloods were previously known as All My Friends. Instead of a name change, they butchered their former moniker (and sound) and gave birth to their current incarnation with an EP release. In only six tracks they’ve secured my fandom but the path to my heart The Thin Bloods walked was laid early with David Lynch films, 90s grunge, and X, the band not the drug. All appeal to the art lover in me that seeks things made more interesting by being less than pristine, dark even. “Pretty Señoritas” currently holds title as my favorite track but that distinction has already been passed around a couple of times to other songs. The Death of All My Friends made my list of new favorites even though it’s a little past their April release date. Sometimes, we’re slow on the uptake. Better late than never. Listen to the Thin Bloods here. 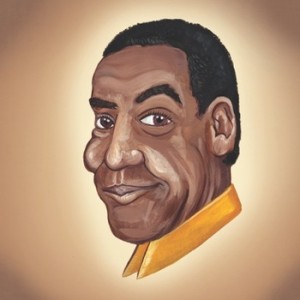 Centering on the theme of the American family, America’s Dad is a compilation made available from Related Records featuring a host of Phoenix bands including Father’s Day and Former Friends of Young Americans. From the compilation, I learned about a few new bands I dig like Thee Bohemian Club and Drew Danburry. I was totally surprised by John Thill’s “Dry Year” because he was an artist I had never heard of before but his song stayed with me long after listening to the album. Former Friends of Young Americans’ “Love, Hope, Doubt” is perhaps the most moving piece on America’s Dad and my favorite track but “College Fund” by Father’s Day runs a close second. The compilation does have its strange moments which we’ve come to expect from any Ryan Avery production. Mr. Attom’s Bombs and Fat Girl Sad both achieved that quality: strange. Strange doesn’t have to mean bad, but perhaps less than approachable is appropriate. I definitely suggest checking out America’s Dad with all its references to shopping, mashed potatoes, McDonald’s, TV sets, and parents. Listen here. Related Records will be dropping another compilation on August 28. Some of the early tracks are already available through their Bandcamp page but we’ll keep you posted about the next comp! 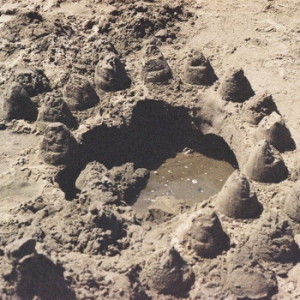 The contemporary take on bubblegum pop provided by Diners hooked us here at YabYum early on. That’s part of the reason they won our “Best New Band Award” last December. This album preview accompanied Diners on their recent tour with Dogbreth but, hopefully, it portends of a new album for Arizona and the nation. The preview definitely marks a step up from their 2012 album Throw me a Ten.  The recording sounds crisper, the band more cohesive, the songs still as sweet. Kicking things off with “Hangout with You”, a track that matches the youthful romanticism Diners manages to maintain in this cruel world. “Citrus” shows the group stretching their lyrical fingers with its darker reflections cast in otherwise vibrantly upbeat music. “Cool Kids” closes the 4-track album preview; a track somber in comparison to others on the recording but equally captivating. Make sure you check out the “Always Room” Preview here. Diners should be back to playing shows on home turf shortly and we’re excited to hear the new songs live after their road test.

Winner of our “Best Album to Get Drunk to in a Parking Lot” last year, Prescott’s Pants on Fire has returned with more debauchery. The honest, unrefined folk of Shannon Wheeler and Auguie Henry (also known as Pants on Fire) reminds me of Kimya Dawson but with a stronger nod toward authenticity rather than ironic affectation. The five track EP opens with “Kindergarten Song” which is in no way the lighthearted ditty the title implies. “Bigger than Tampons” walks that fine line between moderately amusing and downright depressing that I’ve come to know and love with Pants on Fire. Moonshine and Superglue dares to test the question: can one be sad while listening to banjo music? I still can’t give you an answer but I did enjoy my time spent in the convoluted emotional pool of the album. “New, New Song” is probably my favorite track, delivering a couple humdingers – “I’m sorry for being sorry, most of my life” – before kicking into high gear for a solid finish to Moonshine and Superglue. Check out Pants on Fire’s latest here.