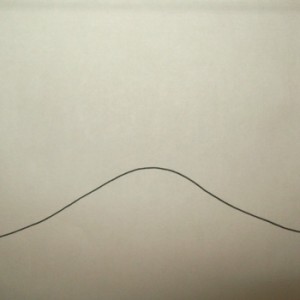 Where Are All the Buffalo?

I honestly can’t say what’s more beautiful: Kristina Moore’s voice or the songs she crafts for its application with Where Are All the Buffalo?. Moore consistently creates pieces that are thoughtful, powerful, and moving. The EP opens with “Kwiaty Są Piękne”, the single that captivated me back in March.  The word “orogens” refers to places where the earth changes forms when tectonic plates meet. The imagery of Orogens centers on nature, drawing from the earthly beauty around us to understand the struggles within us. The only inconsistency comes from the combination of Kristina’s voice with the lyrics she pens; the sweet and the somber, but this somehow works not only within the confines of this recording but also as a metaphor for all of life. So, what I’m saying is, listen to Where Are All the Buffalo?. It’s important for your understanding of all things. Kristina plays the accordion on this EP as on the first Where Are All the Buffalo? release but the album doesn’t have the same quirkiness heard on the self-titled debut EP. Instead, we have a greater sense of grace on the songs of Orogens, perhaps a sense of maturation. Janna McClusky, Dylan Pratt, Dominic Armstrong, and Evan Bisbee all make appearances on Orogens, an album that must be heard. Listen (and purchase) here. 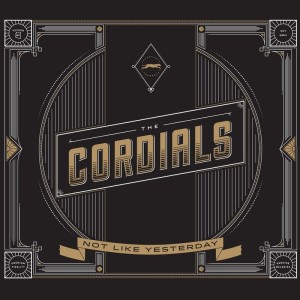 The Cordials are a bit of a Tucson super-group drawing from other well known bands like The Modeens and Saint Maybe. Formed in 2011, the Cordials earned their chops playing around Tucson for sometime before launching their first LP Not Like Yesterday this past spring. The album kicks off with “State of the Union” which has a vintage rock feel and Grace Slick style. Not Like Yesterday definitely wakes up on the bluesy side of rocknroll. Tracks like “Premature Apocalypse” get downright sultry. Laura Kepner-Adney’s smokey voice doesn’t have the usual sugary sweetness one gets with a lot of girl groups. Thank goodness. I like a little growl in my lady rockers. That’s not to say The Cordials don’t have a softer side. Just listen to “Gold Adeline” and you’ll hear all the tenderness you won’t find on “Lemonade”.  “Make It So” is quickly gaining rise as a favorite track on the album, but that might be simply because I’ve secretly been a Picard girl all these years. When it comes down to it, however, the song “Falling Sevenths” holds the title of favorite song from Not Like Yesterday. That track and a few others are available here for you to preview before you purchase the album. 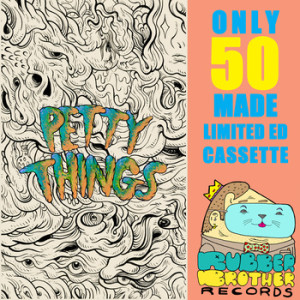 Part of the Rubber Brother Records collective for underground domination, Petty Things is the gritty power trio to give garage rock a healthy dose of relevance in the present day. Home-recorded without after-effects, Chasing the Sun contains six fun tracks that prove you don’t need to dump exorbitant dollars into your project to make an album worth hearing. With just enough distortion to give it sick style over a solid rocknroll base, Petty Things perfectly encapsulates the angst of one’s twenties: a little more thoughtful, a little more apprehensive, and a lot more disillusioned than the angst of one’s teen years. “Feel” is the song that perhaps best captures this sense, that confusion of youth that never really goes away although we do learn to be more accepting of its consistency as we age. The exclusive run of only 50 tapes means that those late to the Petty Things fan base might not be able to secure the soon-to-be-a-collector’s-item cassette for long but you can score the digital album here. You won’t be as cool as those of us with tapes but you can still be in the club. 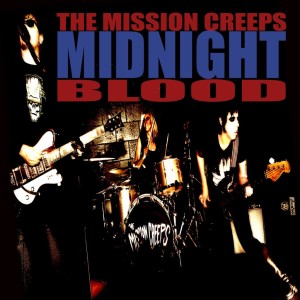 Maybe it’s because my father was a mortician or maybe it’s because I’ve always been a sucker for an awesome rockabilly surf sound, but I’m all about Midnight Blood from the Mission Creeps. Released in May, Midnight Blood has all the macabre you could possibly want crammed into ten tracks. It’s not all death and monsters, however. Sometimes they sing about Johnny Cash. The album opens with “Igor’s Mind” which sets a dark tone and fast pace for the rest of Midnight Blood. “She’s My Witch” might be my favorite track, but I always did love a good love song, especially a sinister sounding love song. “Hand on the Rail” shows the band’s softer side but this tender glimpse is quickly overshadowed by “Keep the Dirty Side Down”, a rollicking and rocking number you have to listen to with the volume all the way up. After more than seven years of making music together, The Mission Creeps have become a staple on the Arizona scene. Listen to Midnight Blood here. And make sure you check out the Mission Creeps live. They play often around the state and are not to be missed!