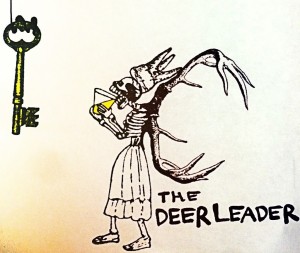 The Deer Leader is one of those bands that we kept hearing about long before we saw them. Then we saw them and we understood what all the buzz was about. Since that time we’ve been patiently awaiting the band’s first album and this week it arrives. Saturday night at the Rogue, the long-awaited self-titled debut recording from the Deer Leader will be available to the masses. The group creates their unique blend of styles to achieve their very own weird-infused blues rock perfect for Primus fans of the next generation. The lyrical propensity toward animal imagery and feel good rocknroll in songs like “Birds and Waves” reminds me of the Presidents of the United States of America. “Angry Birds” has been available through their Reverbnation page for sometime and has earned considerable plays from our staffers. The never before heard tracks (which we recently got to hear) totally live up to the early excitement. The Deer Leader will be joined by Sun Ghost and Dirty Lingo at their release show on the 27th so make sure you mark it on your calendar! We’ve been waiting for an album from this band for sometime. 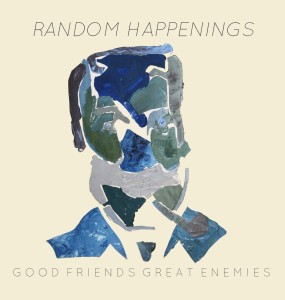 Good Friends Great Enemies is ready to drop their four-track EP this Saturday at Long Wong’s with a stellar line-up of some of Tempe’s finest before heading out on their West Coast tour. The trio’s freshman LP put us all on the GFGE’s bandwagon (ha) and Random Happenings looks like we’ll be staying right there. The EP opens with “The Soft Light (or, The Effects of Middle Eastern Culture on American Romance)” and fans of the band will notice some distinct changes between the first album and this new release. Random Happenings has a decidedly Prog feel. The songs don’t immediately sucker punch the listener, but instead, lure you in with their easy(-sounding) musicality and hold you there unaware of the enchantment you’re so completely within the music. I’ve had a lot of time to think about what exactly makes GFGE such a powerful musical force because I listened to the EP a bunch getting ready to write the review. Then I lost the album and had to request another and start the whole process over again. Their music is just so thoughtful. The lyrics reflect an understanding of the contemporary novel in both pacing and structure. There is a moment that becomes a point of departure for introspection rather than telling a story like other “literary” lyricists but also not like a poem. The music has a transformative, free style jazz feeling even though it is well within the confines of rocknroll. Each track singular and unto itself but multifaceted. Check out the sneak peak from the Random Happenings here and make sure you get out to the release/tour kick-off on Saturday night at Long Wong’s!! 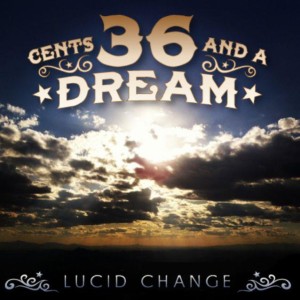 36 Cents and a Dream

The latest album from Tempe rockers 36 Cents and a Dream was released to a full house at Yucca Tap Room last Saturday. Joining them on the bill were the likes of Japhy’s Descent and Ghetto Cowgirl, amongst others. The band serves up a straight-laced rocknroll with hues of other sounds like funk and blues. Lucid Change gets a little bit trippy with its psychedelic guitar leanings. Sorta like the kind of music I would expect hippies to make, but the kind of hippies that get really cool professional type jobs. At 12 tracks, Lucid Change offers fans a hearty helping of 36 Cents and a Dream in the era of the EP. The album opens with “Give Me a Change”, setting the positive outlook that pervades the whole recording. In a time marked by apathy, it’s certainly refreshing to find a message of hope in a sea of angst and sorrow. Check out the first two tracks from Lucid Change available on the band’s Reverbnation page here. If you like what you’re hearing, the full album is available through iTunes right this very minute.