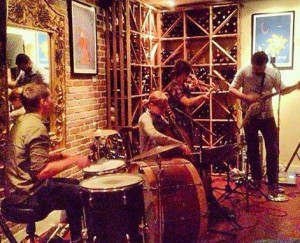 Take a folk band from the Ozarks, put them in a parlor in France in the Baroque period, and you would have North Brother Island. Dario – NBI’s main songwriter, lead singer and banjo player – weaves intimate stories that are punctuated with a melancholy, yet, hopeful voice. Add the exquisite chamber-like soundtrack from band mates Megyn (violin and voice), Ambur (cello and voice), Jason (accordion and piano) and Aaron (drums), and the transformation is complete. Although North Brother Island has only two demo songs available: “Dancing Plague,” a modern take on a dance hall waltz featuring floating keys and a solid percussion performance, and “Alexi”, featuring violin and cello, and having the unmistakable essence of a Russian novel set to music, it still maintains the feel of folk. Honestly, I can’t wait to see what the future holds for this talented quintet. They are taking a break from playing and plotting a course to the recording studio, hopefully soon. Until then, you can hear their two demo songs through their Facebook page here. 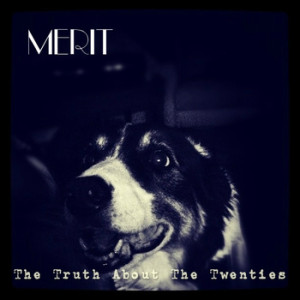 Merit is self-described as “Bummer jams from Arizona.” And maybe the songs on The Truth About the Twenties, released in March of this year, do focus on life and love. But, this record is anything but a bummer. The title track immediately lets you know exactly what you’re in for from the rest of the songs. Great hooks, jangly guitars, banging drums and lyrics that, yeah, are kind of a downer, but then again when you’re in your twenties, everything seems like it is. I think my favorite track is, “Portland.” Starting off with terrific harmonies and a guitar riff that’s impossible to resist, the song disintegrates into a sonic delight regardless if it’s about the end of a relationship. No word on their site about upcoming dates, but you can hear the album here. 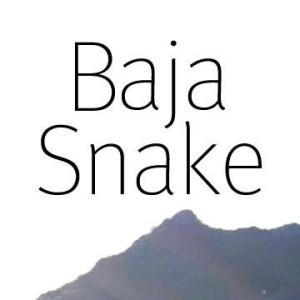 The lush sounds and textures of locals Baja Snake, the ambient instrumental duo comprised of Nicolas DiBiase and B.T. Franklin, transports the mind to the further reaches of the sub-Saharan, crossing the desert in a caravan. Drawing inspiration from all that is the desert, African through Sonoran, the four recorded demo tracks and one live recording at Space 55 in Phoenix honors and transcends Native music, placing it on an even higher ethereal level. Baja Snake regularly plays Gnome Publishing and other venues in Phoenix, and if you like the recordings, the live show is even better thanks to the multitude of instruments they bring to the stage. Enjoy some tracks from Baja Snake here.