Every month we get more music in than we can possibly cover. In truth, some bands are just not worth covering, but more often than we’d care to admit bands that deserve coverage slip through our fingers because of things like timing and lack of manpower. We’ve decided to introduce a new feature called “Albums We Might Have Missed…” to share some recordings with our readers that deserve the listen even if they came out last year (or years) rather than last month. 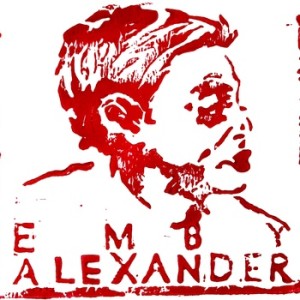 Known for pushing the experimental side of experimental indie pop, Emby Alexander’s self-titled EP came out late last summer to virtually no acknowledge from us (sorry) except for a mention in our Bands We Should Have Covered for 2012. Gearing up for the release of their next album, Dressed Undressing, we decided to revisit earlier releases from the band and finally gave the serious time to Emby Alexander that we should have back in August. The EP opens with smart minimal layers of “I Don’t Mind If You Call Us Friends” that augment and swell into a friendly pop anthem full of the beautiful awkwardness that makes Emby Alexander who they are. Dissonant moments, like on “How Hard It Is To Be A Boy” echo in and out, creating a blanket of sound that is both soothing and unsettling. Spend some time with their debut album here in anticipation of their forthcoming release. And, don’t forget to check out their latest single here. **Correction: Emby Alexander came out in 2013 not “last year” – our bad. 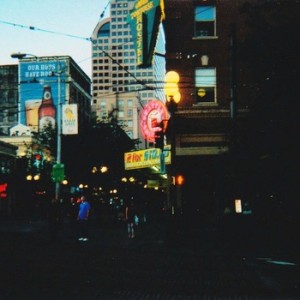 The ambient shoegaze pop of Tucson’s Sutcliffe Catering Co. is surprisingly difficult to write on considering how much I enjoyed Ponderosa White. Every time I start listening to the EP I drift away from where I am off into a sea of soft moving sounds. Only after the final notes of “Mr. Bolton”, named for the poet Joe Bolton, does the silence release me from my trance. Ponderosa White was released back in 2010 and holds just as solid almost three years later as it will in ten more. Nevertheless, I think the time has come for a new album. Don’t worry, you have time to work on it. I only just discovered Ponderosa White and I intend to spend some time with this album first. Listen here. Sutcliffe Catering Co. did include a track not found on their EP on the TOPAZ compilation, a collection of songs from Tucson artists I also plan to spend more time with in the coming weeks. 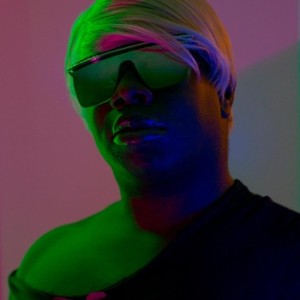 The mellifluous and highly sexualized electropop hiphop of Doyenne Eleganza Saint Augustine also known as The Doyenne adds unusual and welcome flavor to Phoenix’s experimental scene. Body of Work represents two years of music making from the artist and performer who blurs the lines of genre and gender in the same breath. Coming in at a colossal 20 tracks, Doyenne doesn’t short change his fans. Songs like  “Naked” gets downright dirty with its “Strip me down and get me naked” chorus timid by comparison to the rest of the track. Doyenne writes some truly memorable lines on this collection. “Fuck your ponytail” on the song “Razor Blades” forever secured my fandom. And, the album is perfectly matched to the album cover art created by Daniel Funkhouser, another YabYum favorite. Listen to Body of Work here right now.