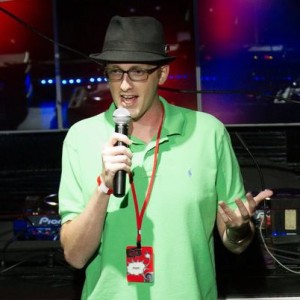 My name is Matt Micheletti. I am a Sketch and Stand-Up Comedy performer.

I got my start in sketch comedy with First Friday Night Live at the Firehouse Gallery in December 2011. I started doing stand-up comedy at Firestage at Lawn Gnome Publishing in February 2012.

Intelligent thinking that creates a dialogue. Either personally or in a group setting. As a stand-up performer I find this to be the most rewarding part of what I do. Making people laugh is a rewarding feeling, but truly reaching someone is inspiring to me.

I honestly love the weather here. Being able to be outdoors year round is awesome. Even in the summer with my pasty ginger skin.

I perform stand-up comedy all over the valley multiple nights a week. Some of the places I’ve performed locally include: Stand Up Live, Stand Up Scottsdale, The Torch Theatre, ASU, The Ice House Tavern, Monkey Pants, The Hidden House, Copper Blues and too many places within Roosevelt Row to mention! Starting this fall, First Friday Night Live is going into production again and I am very excited about that. After FFNL I was a cast member with Gary’s Couch.

I have had two goals ever since I’ve had a bucket list: to summit the tallest point in all 50 states and to hike the Pacific Crest Trail from Mexico to Canada. Outside of that, I’d like to do stand-up comedy in Los Angeles or New York City when the time is right.

“When the going gets weird. The weird turn pro.” 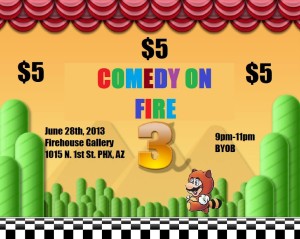