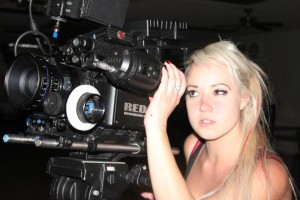 It’s hard to make a go of it in the crazy world of art. Film, in particular, it would seem is especially difficult. We get a lot of emails about film projects that amount to little more than a few emails, maybe some casting, and, sometimes, even a really great concept or script. Then nothing. Funding falls short or doesn’t happen at all. So many people are often required for a feature length film on both the production and performance side that relying on others (a definite problem starting point for people in the arts) becomes completely necessary and utterly unpredictable. Computers get stolen, actors have to find day jobs to keep their apartments, cameras break, and films stop. Indie filmmakers have my sympathy. It has to be the most difficult arenas of the arts-industry to get work made. I’m not even talking about getting it distributed/reviewed/recognized. I’m talking just about getting your vision out of your head and onto a screen. Most difficult. Hands down.

Maybe that’s why I initially was so impressed by Lisa Palenica of Platinum Assassin Productions. This chick makes things happen. Some people are just like that, I guess. The movers and shakers that just get an idea and immediately think, “Yeah, I can do that.” What’s really impressive is when they can and actually do. 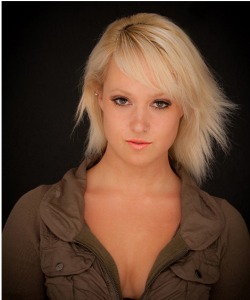 That’s where Lisa comes in. She’s a do-er. Writer, director, producer, model, video game persona, and self-proclaimed tv junkie, Lisa Palenica does it all. And, what might be construed as even more annoying, it all comes naturally to her. She’s decidedly a proponent of allowing your path to unfold before you. As a college student, Lisa was on a Pre-Med course of study when she got into swimming, turned pro, and traveled the world for a while. Acting came into play as a hobby and, from there, her first directing job came about through a combination of happenstance and seizing the moment. She was initially hired onto the project as an actress only to also sign on as a producer once she realized that role still needed to be filled. On the day of the shoot, the director didn’t manage to show up at the scheduled hour. Lisa offered to get the task underway and by the time the actual director arrived (hours after the official start time) Lisa had proven her proficiency and scored the role. It’s a cutthroat industry. You have to show up or someone else might be there ready; and she might be a better director, with better hair.

Lisa started her own company, Platinum Assassin Productions, to umbrella her growing amalgamation of talents. She can take seemingly any project to completion no matter the starting point. In our recent chat, she described projects that started as little more than an idea from an investor that she then must flesh out into a real live movie. I can almost imagine the smoke filled executive office, not likely in contemporary culture but it’s my vision, and someone saying, “Lady Mummy.” And, Lisa says, “Done.” It probably didn’t happen like that, but it could have.

Isis Rising: Curse of the Lady Mummy marks Lisa’s first full length film that she wrote, produced, and directed. Oh yeah, she also plays the role of “Felicia” in the film. The picture stars adult film star Priya Rai who, Lisa assures me, is the consummate professional and proved one of the easiest actors the young director has worked with thus far. That might not be saying much for other young directors but Lisa’s ever expanding IMDB page suggests otherwise.

Lisa didn’t set out to make her dream project right off the bat. She prefers to hold that one back for the time being while she earns her chops in the industry, expands her skill base, and moves through the ranks. Each successful project yields new projects until she’s properly placed to see the proverbial “dream project” come to life on her own terms at the right time.

In the meantime, she’s keeping busy to say the least. Between acting gigs and work as a producer, it’s amazing she still has time to work on her web series Corrupting Eden, contribute to the production side of video game Kitaru, and make celebrity appearances.