by Mark Anderson
Senior Editor
So just what is “world music” anyway? And why do we use that term to begin with? These were the pondering thoughts I started with when I asked myself, “Does Arizona have much world music?” When I thought about it, and after some internet research, I realized that we have much more music from different parts of the world than we think. Maybe it has to do with being the sixth largest city in the country. Or maybe it’s just more continuing evidence of the remarkable talent that lays stretched out across our state! Take a listen to some Arizona artists who represent AZ in worldly music.
_
Shaikh Sammad 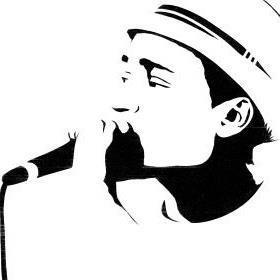 Stop whatever it is that you’re doing and go here immediately to listen to Liberate Mixtape Vol. 1 Spring/ Summer by Phoenix artist Shaikh Sammad. Have you gone yet? It’s cool, I’ll wait. Any description would be found lacking, so seriously go to his Soundcloud and start listening. As much poetry/spoken word there is on the album there is also “funk, pop, jazz, soul, be-bop, hip-hop rocknroll…any type of music that moves your soul.” Although that line is from one of my favorite tracks, “Blue Shades”, I feel it’s pretty well apt to describe the entire album. Liberate begins with a super fly intro, “Twilight Zone” sure to set your body moving. It then transcends into “The American Blues”, a spoken word piece that truly shows what Shaikh Sammad is capable of. Other stand-out tracks include “Bliss”, “TV”, and “Groovin”, although I can’t stop listening to the entire album. Working with the Phoenix Afrobeat Orchestra, the “desire to play Afrobeat music for you, so that you may dance and hear a message of humanity” certainly stands out. Have I mentioned to go listen to his music yet?
_
That Irish Guy

Quite frankly, there are a lot of Irish bands in our state. Trying to pick one to feature in this post was damn near impossible. For those that may think I just chose the most glaringly obvious answer I retort by saying that Emmet Mc Elhinney, or That Irish Guy, truly is one of my favorites. Coming from a long history in a music-making family, That Irish Guy combines the very traditional with very modern themes. “Old McDonalds Deformed Farm” is a must hear. A hilarious take on the old classic; it’s dyslexic sheep, hair-lipped dog, Turret’s syndrome chicken and stuttering snake will have you in stitches. However, upon true listening of That Irish Guy’s music, you’ll hear that he takes his family’s legacy seriously and writes some beautiful, heart-wrenching tunes. “Four Green Fields”, “Lakes of Pontchartrain”, “The Parting Glass”, and “Father Mallory Dance” are but some shining examples. With around 20 songs online, he hopes to have an album out soon. Click here for tunes and show schedule.

Kawambe-Omowale African Drum & Dance Theatre
If you’ve never attended Kawambe-Omowale’s free, weekly, drum & dance workshop held every Saturday morning at Eastlake Park, I honestly don’t know what to tell you except go this Saturday. Started over twenty years ago by ASU ethnomusicology professor Dr. Mark Sunkett, Kawambe-Omowale performs both public and private performances Valley-wide. The community class, which runs from 9:00am to 10:30am, offers folks the chance to participate in a different West African dance every month. If dancing isn’t your thing, sit down with your drum and learn the rhythm! And talk about a workout, once you start, you don’t stop until the time is up! For more info, click here.
_
Gypsy Wilson
Gypsy Wilson plays that old American folk music with a more modern voice, but not in that polished, trendy kinda’ way. Armed with an acoustic guitar, a harmonica, and his trusted tambourine, Gypsy croons out his own songs as well as ballads from the entire American songbook. Hailing from New River, Arizona, Gypsy Wilson maintains a consistent schedule of shows north of the Valley and in Phoenix too. Spend a night in New River and share a song with Gypsy! For showtimes and more, click here.