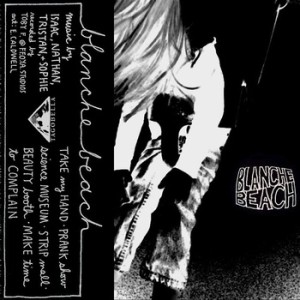 Describing the sound of Blanche Beach has become an exercise in contraction; it’s sorta pop and it’s sorta punk but it’s definitely not pop-punk. It’s more rocknroll than anything and occasionally that rock becomes grinding and aggressive like on the track “Strip Mall”. At other times, the music becomes more innocent and lighthearted like on “Science Museum”. Fuzzy guitars and half-shouted lyrics give the recording a lo-fi, house party feel that warms the cockles of my heart. Add to that straight-forward lyrics that are charmingly unpretentious and I’m sold. The trio that comprises Blanche Beach (Isaac Hensleigh, Nathan Leach and  Tristan Jemsek) wrangles a rather illustrious list of local acts when listing the band members’ other musical projects: Dogbreth, Midnight Vitals, Diners, the Tremulants, and it just goes on from there. However, Blanche Beach might gain favor over the bunch in time. I’m decidedly on board with this album. Listen here. 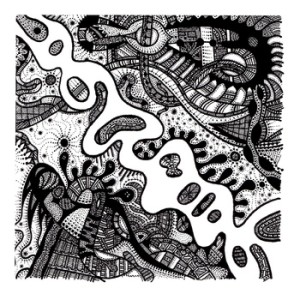 This four piece band out of Phoenix has actually been making rounds on the Valley scene for a little while now with album releases dating back to 2011, but it seems as if their most recent release Nylon Letdown has really brought the band into their own. The band has joined the ranks of the newly formed Rubber Brother Records and launched their latest as part of the 5 album release that launched the label last weekend at the Trunk Space (more on that here). The EP opens with “Exiting Tharsis”, an instrumental track that is both driving and dreamy over the course of its very short life before halting abruptly to allow the powerful intro of “Fillmore” to charge in. “Flight Home” serves as a mellow transitory track before the finale “Jeff Gordon”. Nylon Letdown is both halting and fluid, its songs thoughtfully constructed. Another step forward from a promising band. Take a listen here. 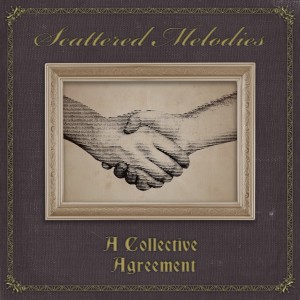 Drummer Josh Montag and bassist Jake Johnston, better known as Scattered Melodies, might be better categorized as a visionary team rather than a traditional band. For each track on their album, the drum and bass duo invited different local musicians to participate in the song’s creation. The result is a fluid collection of funky, reggae-tinged rocknroll tracks; each song adding its own color to the atmosphere. Scattered Melodies introduced me to some new names like Tania Warfield and Eric Stewart of Catfish Mustache. I also got to hear some artists  I already dig, like Anamieke Quinn and Danny Torgensen,  in a different platform. In addition to the varied and lively vocals, the album has some truly awesome jam outs which are the boon of a dynamic rhythm section. A couple of the tracks from the album are available for your listening pleasure here. Hopefully, we’ll see the rest of the album available on the interwebs before long for those of you who missed the album release show last Friday (suckers). 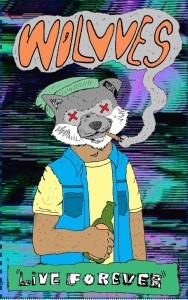 Arrogant, affronting, apathetic, and young. The same reasons I listed for loving the tape I picked up at the Rubber Brother Records launch on Friday another staffer listed for hating the album. Garage indie-rock infused with hip hop. The lyrics are alive and real. Just listen to “Dance” and you’ll understand what I’m saying. That tendency coupled with the unrefined vocal talents of Aydin, also known as Aydin the Immortal, invites the Stephen Malkmus reference that isn’t coming. I’d be more apt to say that Wolvves reminds me of the Strokes: lo-fi and high style. And, the lyrics are arrogant, affronting, apathetic, young and amazing. Raw and totally in the now. No surprise the unofficial mayor of Phoenix poetry Aaron Johnson is listed as the band’s manager. Like Wolvves or not, they’re going to make some fucking art. The first EP from the band was released on tape Friday night. If you missed it, you can still check out their single here. We’ll stay posted for the band’s digital release. 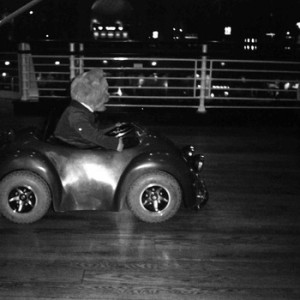 I Want You to Find Happiness and Never Come Back

Foxchildren makes mellow electro-pop with a nod towards goth and the 1980s. “Boy Culture” kicks off the EP and sets a pensive pace more sway-able than dance-able. The intro gets long and uncomfortable on “Disconnect”, but once you’ve made your way through, the song proves worth the wait. The EP’s first single, “Freedom”, is definitely my favorite track on the EP I Want You to Find Happiness and Never Come Back. The song epitomizes Foxchildren’s brooding, ambient sound. I must warn you: the song intros and interludes become increasingly cumbersome on repeated listenings. When you strip away the unnecessary ornamentation you can hear the real potential of Foxchildren. I suggest you check out the Foxchildren’s EP here.