Tucson, our sister to the south, holds more fabulous art and music than any one person could possibly experience… but that doesn’t mean we’re not trying! These Tucson musicians could give the growing PHX scene a run for their money but, thankfully, we’re all in this together: trying to make Arizona the place to be for art and music. 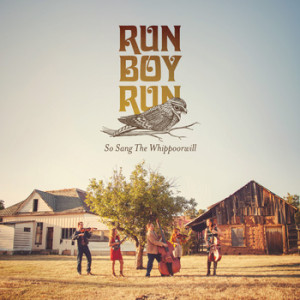 So Sang the Whipporwill

Any band that counts two “fiddlers” in their company  definitely has my attention for at least a couple of tracks. Luckily, all it takes is a couple of tracks to fall in love with So Sang the Whipporwill, the latest album from Run Boy Run. The band has all the old timey charm you can muster without sacrificing present-day applicability. The three women of Run Boy Run share vocal responsibilities which leads to a welcome variance within the tracks on So Sang the Whipporwill. Sometimes, the song calls for sweet and tender clarity like on “Silver Dagger”. Other times, the earthy authenticity heard on songs like “Get Up Jake” ideally suits the bluegrass style that pervades the band’s sound overall. When all three join together, I’m filled with an overwhelming nostalgia for an Appalachia I didn’t actually grow up in. Spend some time with the album. It’s perfect for summertime. 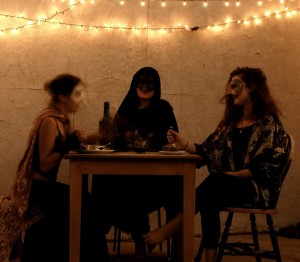 There’s nothing quite like lo-fi folk-punk. When it’s good it just gets right at you. Two Dollar Chair’s album Coyote Nose offers listeners a stripped down sound flush with originality without a structured style but still highly stylized. The trio includes amongst their instrumentation such items as a washtub bass and homemade PBR-ankle-tambourine (a Two Dollar Chair invention, patent pending). The album opens with “Coffee, Guns, & Whiskey”. As the vocals come in, I felt I was listening to folk music from post-apocalyptic agrarian tomorrows that await us all. Maybe that’s just me. Two Dollar Chair is the uncut crystal: unrefined yet bewitching, primordial and post-human. The album release party happens tonight (May 4) in Tucson – more info here. And don’t forget to listen to Coyote Nose. 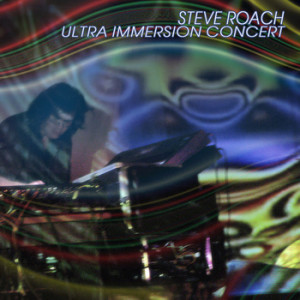 Ultra Immersion Concert might be the most zen album I’ve heard all year. Gentle waves of sound oscillate through the listener, calming the mind and awakening the senses. This recently released recording actually dates back to 2007 where it was offered in a one-time-only weekend live performance that took place (according to his Bandcamp page) over the span of twelve hours without breaks. Participants were invited to partake of the experience and brought pillows, blankets, and the like to relax in a day of total sound immersion. This recording offers listeners the opportunity to share in the experience for the first time with a two-hour montage of the all-day event. I highly recommend getting mellow with the Ultra Immersion Concert.