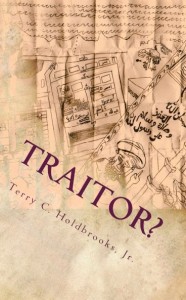 Terry Holdbrooks is an Arizona author and activist. His first book Traitor,  released earlier this month, recounts his time as a soldier in GTMO and his conversion to Islam. Get your copy here  or through Amazon today.

1. Who are you and what do you do?
I am Terry Holdbrooks, and I speak out against GTMO, Islamophobia, and the government’s infringement and elimination of our Civil Liberties.
2. How did you get your start?
I enlisted in the US Army in 2002, which lead me to a deployment to GTMO. I was ashamed of what I did there as well as shocked and embarrassed by what I saw. I began to speak out about it after trying to repress it for years. Speaking out was initially just a therapy for me and it has lead to a career. GTMO is a shame to the US, and it sadly justifies the existence of some of the very organizations we are against as a country.
3. What inspires you?
I am inspired each day by simply waking up. I hope to make use of each day for something productive. When I see someone who does the right thing, I feel inspired. When I see that person who stops and listens, gives in charity, thinks before they act, I feel inspired.
4. What do you like about Arizona?
Well, having lived here nearly all my life, I would have to say the fact that we never have to worry about the weather. It will be hot and sunny, lol. I appreciate the simplicity of our city with regards to how it is laid out, as it is nearly impossible to get lost here.
. 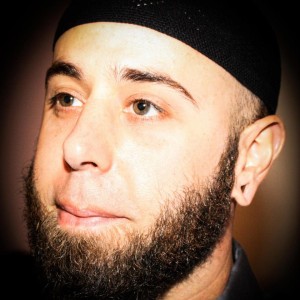 5. Where can people see you(r) work?
Gtmobook.com, Huffington Post, Associated Press, Newsweek, The Talking Dog, The Moderate Voice, Al Jazeera, BBC, I don’t know how many hate groups (with me being the subject of their hate). I would mostly recommend my recently released book, “Traitor?” in which I recall my entire year in GTMO. It allows for one to understand what GTMO is like, what the conditions are like, the overall feeling of woe, and the changes I went through personally.
6. What would you like to accomplish before you die?
I need to jump out of a plane soon. I would like to see GTMO closed, and America be on track to restoration, back to the design the founding fathers had in mind for us, an example for the rest of the world, not a force for the rest of the world to worry about. If I could have an influence in something like that occurring, I would be proud.
7. What’s your mantra?
Strive for perfection in everything you do. From the moment one wakes up until they sleep, strive for perfection in all that they do. This is a principle idea within Islam, nothing should be done without giving it your all.