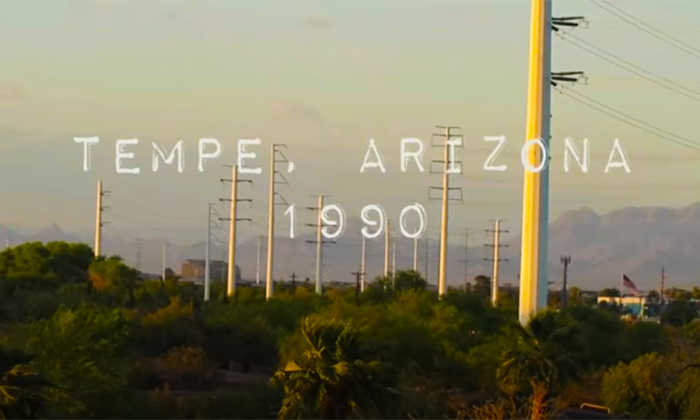 Tonight is the night. The long anticipated premiere of Stuck Outside of Phoenix is set to happen this evening (Thursday, May 2) at Pollack Tempe Cinemas. Art Edwards of Refreshments fame penned the book and, later, the screenplay that came to life with the help of AZ-based producer Nico Holthaus.

The movie’s cast boasts some thrilling cameos from Tempe rockers including Dave Wolfmeyer, Corey Gloden, Elmo Kirkwood, and Josh Kennedy.  Perhaps the part of the film that has me most excited, as a tried-and-true follower of Tempe rock, is the soundtrack which includes some previously unreleased tracks from bands like the Gin Blossoms, the Pistoleros, and Dead Hot Workshop.

The premiere of Stuck Outside of Phoenix starts at 7 pm but I would suggest swinging by Pollack Tempe Cinemas early to score your tickets before they sell out. Tickets go on sale at 11:30 am, FYI.