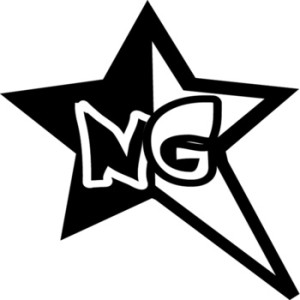 It’s certainly easy to tell No Gimmick’s influences: NOFX, Propagandhi, the Descendents. But after 17 years of playing together, it must be said that No Gimmick has done some influencing of their own. Their new EP, Era of Cowards, certainly shines bright in this era of conformed rebellion. Expertly recorded, the polished sound found on the EP doesn’t diminish or sugarcoat the 5 tracks in any way. With upcoming shows featuring the Implants in June and Masked Intruder in August, make sure to catch No Gimmick soon and pick up your copy of Era of Cowards – guaranteed to “shred faces!” Listen to No Gimmick here. 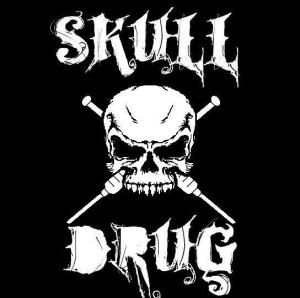 The first time you hear Skull Drug, you get to hear exactly what you want to hear from a band called Skull Drug. After a friend of mine continually reminded/bothered me about them, I finally checked them out and, needless to say, was extremely disappointed in myself for not having done so sooner. Thrash, punk, metal – Skull Drug don’t give a fuck, they’ll play it all. This is as raw and as real as you can get folks. With a consistent theme of  “Question things you are told, do not blindly believe what you are told to see,”  throughout all their work, Skull Drug’s new self-titled album coming out June 15th on BHJ Records is sure to set skulls swimming. Listen to Skull Drug here. 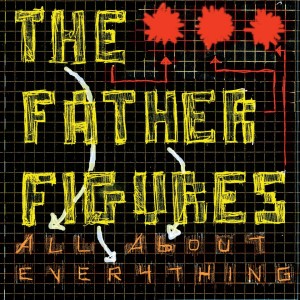 Is there a certain age in which playing punk rock becomes superfluous? Is youth so tied to rebellion that the idea of middle-aged men (or older) screaming revolt seems trite? I certainly don’t think so. And, luckily, neither do the Father Figures. All About Everything is an exceptional sophomore effort from the band that debuted with the searing Lesson Number One. Bobby Lerma (drums), Michael Cornelius (guitar), and Tom Reardon (bass/vocals) create head-bobbing post-punk in the vein of the Fall, or even Common Rider. Powerful gang vocals, interesting chord sequences, and precise drum-work left me wanting more and more from these “elder statesmen” of the Phoenix music scene. And since it’s their last show until September, get on over to the Yucca Tap Room on May 25th to catch the Father Figures perform with fellow Valley punk rockers Scorpion vs. Tarantula and Tucson act The Pork Torta!