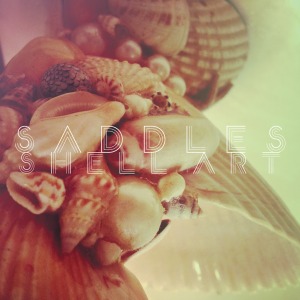 It’s been almost two years since Saddles’ last release and the duo has stepped up their game. Considering Saddles always made quality music decidedly worth listening to, this is really saying something. Pop melodies blend into the thoughtfully textured, synthesizer-heavy instrumentals following more of the nu-gaze style of bands like Blonde Redhead with, of course, a very different vocal application. Songs like “Holes in Our Throats” veer more toward folk-infused indie pop with heavy stylizing on the production side, compliments of George White, adding to the solid base built by the music and lyrics of Charles Barth. The music on Shell Art is often inviting, uplifting even, while the lyrics gravitate toward darker themes. 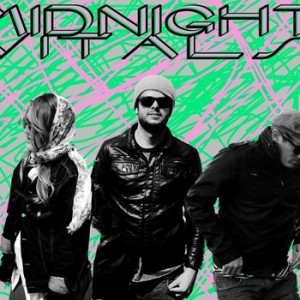 The softly lit electro-pop of Midnight Vitals has a more European feel than most of the desert pop that comes our way. Airy, synthesized sounds have an effervescent quality, enlivening the listener. The opening track “Levi” reverberates with heart and warmth, the perfect prelude for the recordings to come. “Gloves Off” might be my favorite song on the six-track EP with its echoing vocal layers woven together over catchy, upbeat pop. Songs like “Way Out” and “Eyes Shout” achieve a discotronica-tinged indiepop so full of energy, listeners are compelled to get up and dance.  I suggest checking out Midnight Vitals’ self-titled EP today. You can listen here. That way you can learn all the words before the release show on May 31st at Last Exit Live in Phoenix! 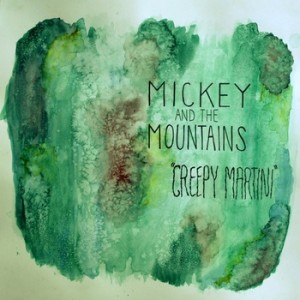 Experimental Americana? Count me in. Strange as it might sound, experimental Americana is exactly what you get with Mickey & the Mountains freshman release Creepy Martini. Good ol’ fashioned garage rock meet with post-rock texturing and surf-punk style on a grimy street corner and that’s where you’ll find Mickey & the Mountains. “Sexy Saloon”, the first single off Creepy Martini, has a lounge feel… a lounge I would imagine to be something like the afterlife waiting room from Beetlejuice, but with cocktails. And, for those of you who might not be too sure what I mean by that, it means I love it. Mickey & the Mountains makes fun experimental, post-rock punk. None of that boring, drone-y, angst-y  music here. This is my new jam album. You should listen to it bunches. Start right now, here. 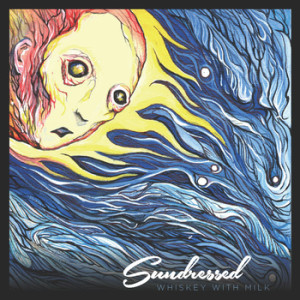 It’s been almost a couple of months since Sundressed dropped the first two singles from their upcoming album Whiskey with Milk. And, since that time, we’ve been left waiting. Well, folks, the time has come. The album is ready for its May 21st release and it is worth the wait. Youthful timbre of Trevor Hedges voice combined with the stripped down, but not lo-fi, sound of Sundressed’s rocknroll creates an aura of innocence around the entire album. Songs like “Golden Boy” and “XXX” really epitomize this guileless feeling one gets from the band’s music. “Holy Ghost” is already an old favorite since I first heard it back in early March. Like many tracks on the album, the sweet and sorrowful are intelligently paired. Listen to the early tracks from Whiskey with Milk here and join in the wait for the full release this Tuesday at the Crescent Ballroom!