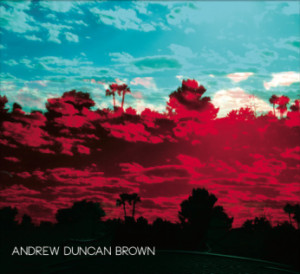 Andrew Duncan Brown
Phoenix singer-songwriter Andrew Duncan Brown has become a staple on the local folk scene, playing every week at various venues around town. Recently, in fact, Brown even had an opportunity to perform at the MIM (Musical Instrument Museum) after winning one of the open mic nights held around the Valley. Brown’s voice is both unfeigned and emotive; raw and tender, capable of carrying the vulnerability heard in the introspective lyrics. Andrew Duncan Brown’s self-titled debut album opens with “Auto Pilot”, a windswept ballad set to a desolate, western pace. My favorite song on the album changes with the weather, but “I’ll Drink the Blue” holds a special place in my daily rotation. On this track, as with many others on the album, Brown shows his prowess as a songwriter. Dark, reflective lyrics find elevation in the aerial tones of Andrew’s voice while the instrumentation keeps the song tethered to the earthly realm with its slightly sinister shade. I definitely recommend checking out Andrew Duncan Brown’s full length (available through Spotify and CD Baby). Or, better yet, catch him live! 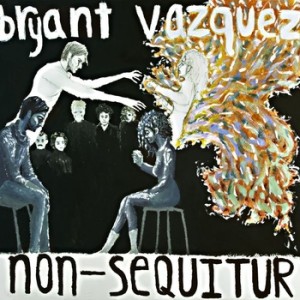 Bryant Vazquez
Non-Sequitur
Few songwriters can boast quite the oeuvre as Bryant Vazquez. It seems like this kid is constantly recording and releasing new music in one of his various incarnations or another. Chalking up a smooth 15 tracks for his latest release, Non-Sequitur probably still means he has one or two albums of yet-to-be-recorded material awaiting his attention. One great aspect of being Bryant Vazquez fans amid this constant flow of new material is that we get to hear his exploration of new sounds, his development of a personal songwriting style, and the honing of his craft as a technical musician really unfold with each unveiled project. Non-Sequitur has authentic moments of brilliance that emerge from a sea of merging musical styles. And, with all things, some moments are greater than others but what can you expect from an album titled Non-Sequiter? Dabbling in different styles mean songs will appeal to different listeners in different ways. The desperately romantic “Dogs Speak in Broken Spanglish” might forever be one of my favorite Bryant Vazquez songs but the feistier “Cover Yer Ears, Darlin'” is quickly gaining ranks. Make sure you check out the album here today. Eight bucks for a whopping 15 tracks and the opportunity to follow an up-and-coming artist from DIY on up?! Bargain, if I ever heard it. 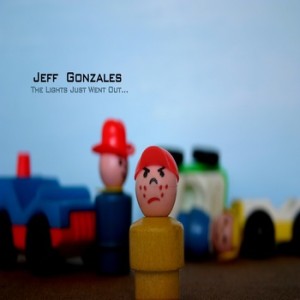 Jeff Gonzales
The Lights Just Went Out…
We’ve been waiting for this release since we featured it as one of our 4 Albums to Get Excited About back in March. Jeff Gonzales sings with a resounding clarity songs of love and life tinged with loss and westerly winds. The Lights Just Went Out… opens with “The Death of Refrain”, a perfectly-paced, moseying number that quickly establishes the tone of the EP and leaves the listener wanting to more. The first single from the record, “Trickster”, achieves that potent combination of early appeal and staying power with its lonesome melody and pliant vocals. Perhaps the quality that stands out most on The Lights Just Went Out… is the arresting lyrical abilities of Jeff Gonzales. Gonzales writes songs to be absorbed, not just heard. Every song is beautifully, eloquently written with a strong mind toward poetic sensibility that extends beyond the reach of mundane. Even the jaunty, bar ballad “Midday Epilogue” shows Jeff Gonzales to be a step above his peers in his craft. Do yourself a favor and spend some time with this album. You can listen here.