Now whoa, slow down, before you get all hopped up on misunderstood rage because you see your favorite band here, I want you to know dissonance has many connotations. Not only is there the most obvious dealing with discord in music, there are many other alluring definitions in our academic rainbow. Take for instance cultural dissonance, when we humans start freaking out when our cultural environment changes. Were you aware of cognitive dissonance? It’s the state of mental conflict we find ourselves in when we hold two or more conflicting ideas, beliefs, or values. Finally dissonance in poetry, the deliberately used skill of providing no assonance (repeated vowel sounds), can also make the appearance in song lyrics as well. With this in mind, here are 3 bands that live up to the dissonance moniker. Ah sweet dissonance: without it, how would things be interesting?
_ 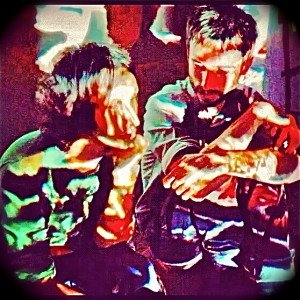 Wooden Indian was one of the many bands we just didn’t manage to cover last year, much to our deep regret. Color is Work, said to be “a long time in the making,” came out last July to glowing reviews. Sadly, none of them ours. Dissonance permeates their carefully crafted psychedelic pop, from the music of the title track to the lyrics heard in “St. Jeffrey,” “You always laugh like a leper touches strangers.” Cultural dissonance pops up it’s head in “Expensive Fur,” while a feeling of cognitive dissonance and contradiction permeates the whole gosh darn album. These truly are the “droomers” keeping the true “droom” alive. Make sure to catch Wooden Indian open for Vial of Sound this Saturday at the Crescent Ballroom. 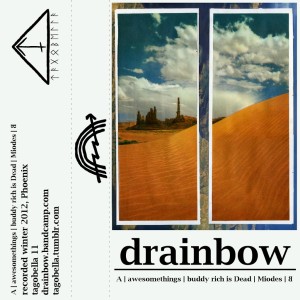 Drainbow defines dissonance with a capital “D.” Distorted. Droning. Disordinate. All of these terms can be used to describe Drainbow’s music. Rhythmically, it thunders on. Nathan Leach can pound out a vicious war-beat on his drums whilst Jacob Howard erupts his bass volcano, spewing hot, dark magma all over the low end. Meanwhile, Brad Coupens is entering cosmo-fantatistico: unyielding layers of loop an noise will enter the deepest estuaries of your brain basin. Give it a listen and check them out when they open for Malaikat at the Trunk Space on April 18th! 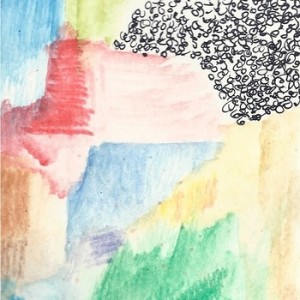 Part of the awesomely innovative Holy Page Records collective, Waytansea Point transforms the nature of music by restructuring the sounds in alternately discordant and harmonious ways. The domineering repetition of songs like “Hold You” will lull you until the soft undertones slowly begin to make their presence known, manifesting in the center of your brain. Mitchell Keaney, the man behind the music with the help of some assorted players, composes auditory landscapes. From the hallucinatory vision of “Life is Just a Party” to the playfully jaunty “Wanna”, Pingüino Era creates sensory experiences more than traditional songs. Through layering conflicting sounds, molding those sounds into new expressions, the Waytansea overcomes its internal dissonance. Check out the album here and then catch the band live at Trunk Space on May 14th with Homebody!