Over the many moons of time, Tempe has brought forth some of Arizona’s finest bands and albums. With a lot of hard work, some bands have risen quickly to become staples on the Tempe scene. Combining frequent live performances and solid recordings, these bands developed a deep-rooted following in the Valley with far-reaching possibilities. Here are some of the releases that rapidly gained the status of “Tempe Classic” – a place they’ll hold until their age matches their stature and then some. If you have trouble getting your hands on a copy of any of these albums, check them out on Spotify! 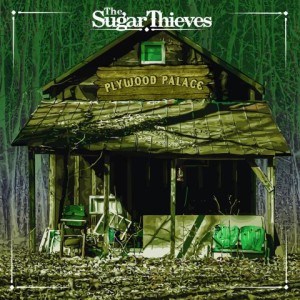 The Sugar Thieves sure have come a long way since we first covered them in ’09. Thousands of miles, shows ’round the country, and 4 albums later we have arrived at their Plywood Palace: the Sugar Thieves’ best record to date. The band has long claimed some of the finest talents, including two of my favorite vocalists. Meridith Moore’s voice is everything you want in a blues singer: dexterous, precise, robust, soulful, and sweltering. Mikel Lander has a wickedly rough-and-tumble voice that calls to mind Tom Waits with a little less gravel, an association Lander seemingly embraces when chiming in on the band’s cover of Waits’ “Chocolate Jesus” – amazing. Meridith and Mike were made to sing together: the sultry and salty. Plywood Palace finds the Sugar Thieves established in their own sound after years of shaping and carving from within the traditions of blues, jazz, and rocknroll, in that order. The album is a must-hear just as the band is a must-see, so start somewhere but make sure you do both! 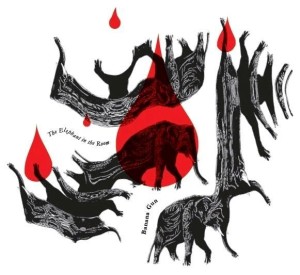 The Elephant in the Room

Coming in with a whopping 15 tracks, The Elephant in the Room is jammed packed with musical goodness for your listening pleasure. Kevin Loyd’s voice is a thing of beauty: rich with emotion, deeply hued, textured with inflection, able to switch between tender assuagement and soul-wrenching howl on a turn of a dime. Loyd’s vocal talents are matched by the Banana Gun’s exquisite musicality. Bluesy, folk-infused rocknroll, the sound is carefully crafted with a genuine, salt-of-the-earth feel at its core. Rustic and refined, The Elephant in the Room must be heard. I’ll admit I was a little late in arriving at Banana Gun fandom (just kept missing them despite my best intentions), but in the recent weeks I have more than made up for my delinquency by obsessively replaying the album at all hours of the day. And, of course, every time I hear the song “May June July” I have to replay it at least three times before I can move on. 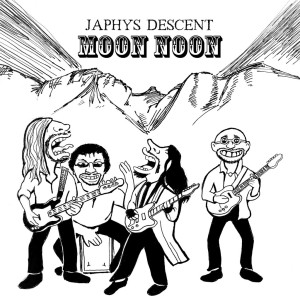 Japhy’s Descent seems to epitomize Tempe Rock: wailing guitars, songs ranging from rockers to ballads, and a true blue hippy sensibility. Released one year ago this past 4/20, Japhy’s latest album Moon Noon is a two disc monster released into a world of singles and EPs. Not every song is new, some can be found on prior works, however, the re-imaginings are wonderful.  The first disc, Noon, is Brian, James, Martin and Travis doing what they do best. Searing guitar work and skipping bass lines all on top of that funky shuffle drumming combine into the soufflé of rock the band is best known for. Moon, the second disc, certainly is something special. Gathering artists from around the Valley, each track showcases special guests. Tracked at STEM Recording by Mr. Curtis Grippe (who also did the aforementioned Banana Gun album and a whole host of other great records we love), there honestly is probably no one else who can capture the “Tempe Sound” as well as he. However, personally I feel the music of Japhy’s Descent must be seen live. The album, while a truly solid recording, can’t match the band’s live performance. Japhy’s Descent is a communal experience meant for lawless crowds full of turbid energy ready for release. Go see them now.