Sometimes I’m just amazed at the music happening around our state. More NEW music is happening EVERY day! I don’t mean to type-shout at you. It’s just an exciting time to be in Phoenix (and surrounding areas). Here are some bands to get on board with before everyone else knows their name.

_
Max Knouse and the Hasty Escape
For some folks, being in one rad band just isn’t enough. You know, the Shane Kennedys and Matt Ventres and Jemsek brothers… and now Max Knouse of Stellacutta fame embarked on a new musical project. With the first single “Bottleneck” available (update: track no longer available) before the band’s first live performance, Max Knouse and the Hasty Escape is set to begin with a bang. Make sure you’re there! The band’s first show happens April 20th at the Rogue Bar. And, Jesus Christ, is that Matt Ventre in the video below?! How many bands has he played with?? He was just born to a family of musical overachievers. Whatever.
_ 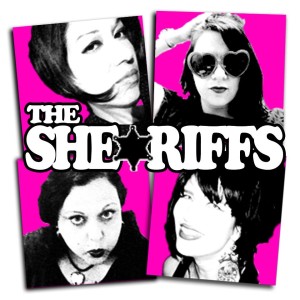 Just on the scene and already a need-to-know band, The She Riffs features such tried-and-true rockers as Alice Bag (guitar and vocals), Dana Stern (lead guitar and vocals), Chela Mischke (bass and vocals), and Amy Young (drums and screams). The She Riffs are set to play at 9 am on Record Store Day at the Record Room in Scottsdale. Make sure to set an alarm so you don’t miss out! Or, if you do sleep in, they’re also performing at this year’s VagFest (4/25-4/27) which looks like it might be one of the best showcases… ever.  Check out the group’s first single “No Means No” here!

Samuel L and the Cool J’s
What happens when you combine funky fresh and retro cool? Something like Samuel L and the Cool J’s, if you’re lucky. With their throwback R&B style and all-star cast of players including Joel Marquard of Gospel Claws notoriety and Shane Kennedy of Where Dead Voices Gather (etc.), the group has a lot more to offer than a rad name and slick style. A must-see act to be certain.
_ 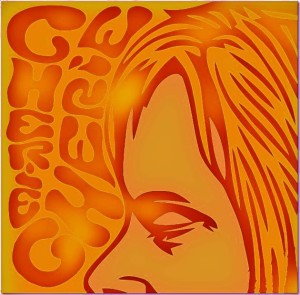 The beautiful, ethereal Lonna Kelley is about to hit the Valley stages with her new band Cherie Cherie. Joined by Matt Wiser and Ann Seletos, both are former Make My Baby bandmates of Kelley’s and talented performers in their own right. When Lonna and Ann interweave their vocals an otherworldly chill washes through the listener. Together they sound like angels trapped in the grime and desolation of earth, calling out to heaven. Cherie Cherie will be joining the Los Dias de la Crescent on May 14th. The band just added a Facebook page a week ago and they’re already set to play one of the most anticipated shows of the year. See you there!