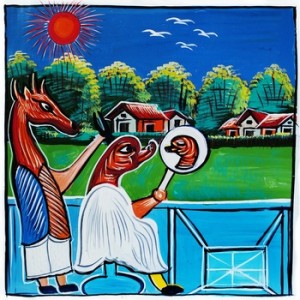 Illya Riske has proven himself an attention-worthy songwriter: first in the Whisperlights and now with There is Danger. On the first listen of Living Dreams, I’ll admit, I wasn’t taken aback. And, I really really wanted to be taken aback. Then there was the second listen. However, on the third time through, something happened and I was totally, completely hooked. This is an album that sneaks up on you. Time must be allotted for Living Dreams to envelop you, to sink inside. I’ve probably listened to the album well over a dozen times by now and each time I declare a different song my new favorite. You might hear it once and think it’s good, maybe even great, but (trust me on this) get to the third listen and you’ll be ready to name your first child There is Danger. The album is so subtle, so gracefully unassuming, you have to give it your full attention. The lyrics border on genius and are perfectly matched by the finespun sound of There is Danger. Do yourself a favor and listen to the Living Dreams, a lot. 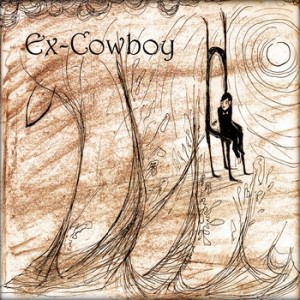 Formed by Michael Huerta, Ex-Cowboy hosts a rotating cast of players capable of manifesting windswept Western vistas. Released in February, Ex-Cowboy touches upon the ancient harmony and esoteric mysticism that is the desert. The music of Ex-Cowboy has a symphonious sound at moments like in the track “X Marks the Spot”.  At other times, however, the sound is stripped down to give the song more of a traditional folk feel. Wispy, entreating vocals get a little gravelly on songs like “Diary Was Letter”, adding texture where needed. Occasionally, the voice wobbles, but in a way that only adds to the penetrating charm of the Ex-Cowboy. There is an overshadowed innocence felt throughout the album that really marks it. It’s not a pure innocence but, rather, something tarnished by the world and still the virtue remains intact. Make sure you check out the album Ex-Cowboy released by Tucson’s Diet Pop Records. You can listen to it right here. 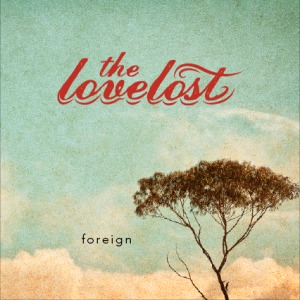 The Lovelost fuses all the flavors of the southwest together in their freshman release, Foreign, for tales of love and, well, loss. Combining folk, indie, and Latin influences, the band shifts with complete ease between differing styles and languages. On songs like “Peregrina” the vocals achieve a rich and sensuous hue; simultaneously dark and comforting. At moments, however, the vocals are found wanting on the more buoyant tracks. There is something a little tragic in finding one’s voice better suited to the somber and sorrowful rather than the lighter side of the human emotional spectrum. Then again, tragedy lends itself to better songwriting anyway. That being said, I’m going to contradict myself again by saying the lighthearted song “Gravity” still might be my favorite track on the album. The Lovelost is definitely a band worth hearing and you can download their album Foreign for free just for “liking” their Facebook page here. I also suggest checking out their video for the title track here.