What more can be said about decker.? Certainly not much. If you still have not yet heard their magnificent new album Slider, immediately resolve that problem by going here and pressing “Play” next to “Speak in Tongues.” It certainly sets the mood for the entire album. Maybe you’ll hear why Slider has received so much attention in its still short life. 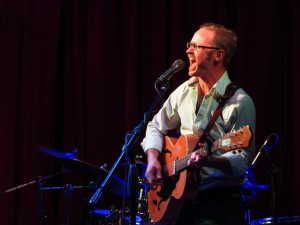 It’s understandable. We love Slider. It was one of our 5 albums to get excited about. The media attention is perhaps unprecedented  And all this for some band hailing from Sedona.

The New Times did no less than three articles on decker. and Slider. Two for their blog Up On The Sun, decker. Probably Isn’t Going to Use Kickstarter Ever Again, Even Though It Helped Pay for the Band’s Awesome New Album and decker., Sail Inn, 3/1/13, as well as Red Rocks Folk Band decker. Defines Itself with Slider for their physical  publication. 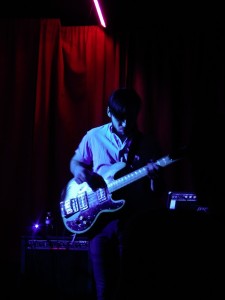 Of course we can’t ignore The College Times’ aptly titled Decker. Can’t Stop, Won’t Stop. 80/20 Records rep Jason Schoff wrote up a swell review for Echo Cloud, With Slider, Decker. Emerge from Tragedy with Best Album Yet. Ampkicker got in on all this sweet action with decker. “Slider” Review and Interview. Even AZ Central had a micro-review in their events section, TMI Radio Show Presents: decker. “Slider” Album Release Show.

What is that? Ten articles? Outrageous! I certainly couldn’t have found everything either. I was on a deadline here people. I did however find complete reviews from such national sites as Grateful Web, Speaker Cone, and Skope Magazine.

This all says loud and clear that people everywhere are listening and paying attention to Arizona bands. As we were talking with Brandon Decker at his Sail Inn release show March 1st, he spoke of the need for band’s to take responsibility for getting their music out there. Sure looks like he’s doing just that. He then asked us about the Spec. Do I sense another article soon? 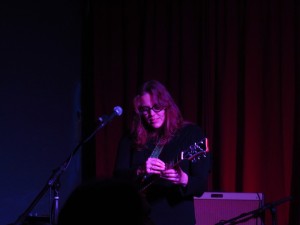 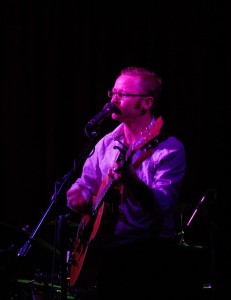 If you missed the best show of the year (thus far) here’s your chance to make up for it. 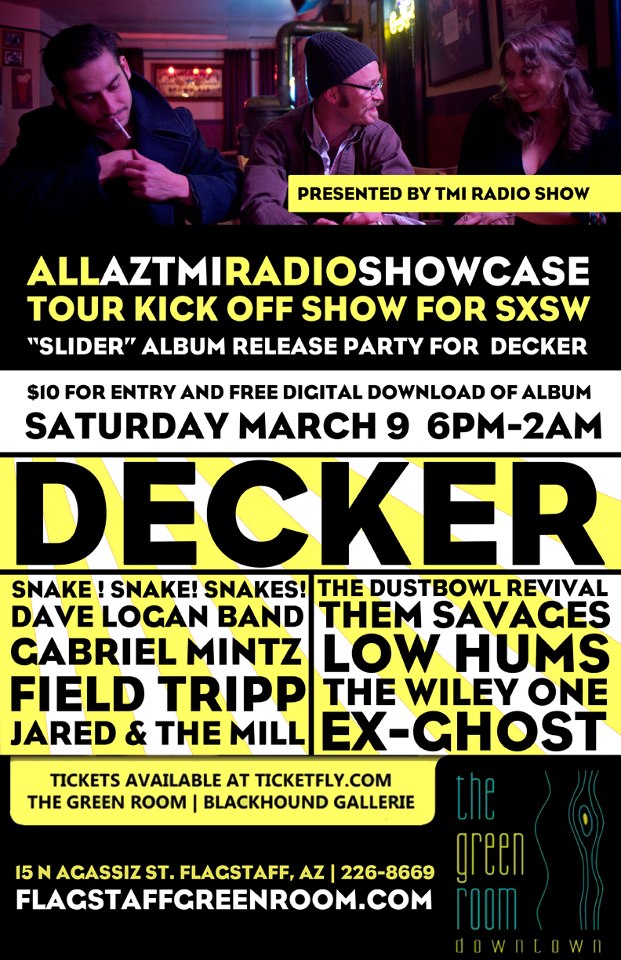