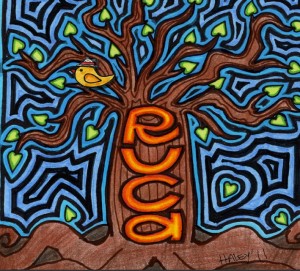 I first heard Ruca perform in Bisbee for the Sidepony Express Music Festival. The female-fueled, smokey-blues groove took me aback. I sat through the entire set which is saying something considering the social atmosphere that pervaded the festival where every performance was interrupted by five people you know and haven’t seen since whenever. As the set wrapped up, I realized I didn’t want the music to stop so I procured a copy of Flow, Ruca’s 2011 debut album.

On the first listen I was a little surprised at the subtle differences between the recorded and the live performance. Don’t get me wrong, Flow is fabu, sorta hippie and totally sassy music made for mellow jamming. An upbeat ska rhythm overlaid with enlivening melodies provides the perfect complement to singer Haley Grigaitis, also known as Ruca herself. Combining tones of earth and velvet, Haley’s voice might be what takes the music of Ruca to exceptional. Her voice has a warmth usually reserved in attribution for only honey or amber. On “Hands Off,” my favorite track from Flow, she approaches an almost slow, soft growl in her perfectly silken timbre.

Just a quick F.Y.I., Ruca has two incarnations: Haley as a solo performer and the band. Flow has its feisty moments, but seemed much more like folksy, reggae-infused chick rock than the bluesier, funkier tracks I was hearing live. Don’t get me wrong, I love the album. It has a prominent place in my home listening collection. My harder rocking boyfriend (and fellow music junkie), however, prefers to pass on the album but is forever in favor of attending Ruca’s live shows where the music takes a turn toward ska.

A couple of years have slipped by between the recording of Flow and the live shows of Ruca I was catching. The songs seem more self-assured and a little less conventional these days. That could be the result of gathering experience over time spent honing one’s own craft and developing a stronger sense of artistic style. It could also be the addition of new players to the Ruca cast including local music maven and groovy bassist extraordinaire Anamieke Quinn. Whatever the reason may be, Ruca has come a long way in a short time and I can only be excited to hear what the future brings.

Check out Ruca’s performance schedule here for your chance to catch them live. And don’t forget to pick up your copy of Flow online or at the show! 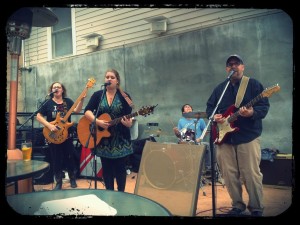