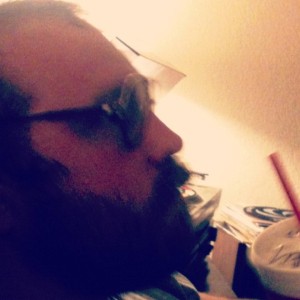 Hello, everybody. My name is Bailey Flynn. I am an Illustrator. My specialty is creating illustrations for album covers, t-shirt designs, and gig posters.

I would have to say everything started with my mom. She is an artist as well. When I was a little kid, I would sit and watch her paint in our basement of our farmhouse in Nebraska. She’d give me a small canvas to paint on while she worked, and I would paint pictures of Batman or whatever cartoon character I really liked at the time.

My mom used to own a college art supplies store, and that was my daycare as a child. A huge sheet of paper and pen occupied me for hours. I would spend the whole day quietly in the back room, filling pages with dinosaurs, monsters, and my ghost ideas for Ghostbusters. She would always be disappointed that I always scribbled out the ghosts when I would show her my day’s work. I had it my mind that the Ghostbusters would never let a ghost free. They always had to be contained by proton pack streams. Those early years really laid the foundation for me as an artist. One thing led to another and here I am, still drawing. Ben Florine and the guys in the local band RAC had me do my very first CD cover for them.

Where to begin? So many things inspire me. It can be as simple as a crow flying by with a piece of trash in its mouth. In fact, that’s where the inspiration for the Fancy Cloud cover came from. Matt (Reveles) and I were in the early stages of discussing the cover. He told me the story behind the song “New Year New Jacket,” how one year his jacket accidentally ended up in the bonfire at a New Years Eve party. He then made it a tradition to throw a jacket into a fire every year after that. Thus “New Year New Jacket”. He gave me a rough mix of the song and I told him I would get back to him.

Initially, I was really having trouble trying to capture the feel of the song and story in a single image.Then one day, randomly, I noticed a crow with a piece of garbage in its beak. That’s when the light bulb went off, which eventually led to a story in my head of two owls looking around the forest for materials to build a nest. The two owls come upon the aftermath of a new years party in the woods from the night before. In the fire pit, they find the burnt remains of a jacket. Thinking that it would make good nest building material, the owls fly off with it. If you freeze frame that moment in the story, that is the cover for the 7”.

I really love the friends that I have made throughout the years in Arizona. Wherever life takes us, they will always be special to me. I also like the fact that you are only a few blocks away, at any given time, from a 24/7 burrito hut. 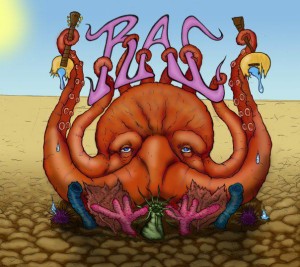 This Happens Every Time 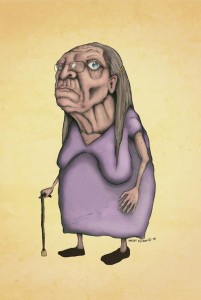 I would like to have a really expansive body of quality work that people really enjoy and connect to. Everything else will take care of itself. 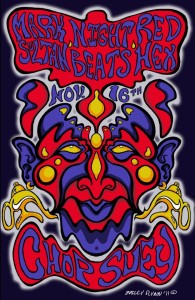 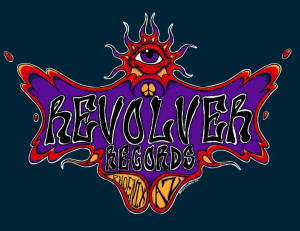 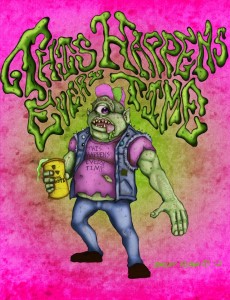