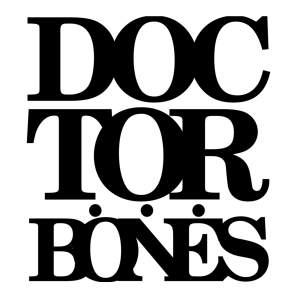 If you haven’t yet gone out to see Doctor Bones perform live, you should do so right away. More than just a great band, Doctor Bones knows how to put on a stellar stage show. Their live show tells a similar tale every time, the same one heard in their first EP, Numbers: troublesome love and addiction.

Lead singer Anthony Fama is Phoenix’s very own Gypsy Rose Lee, sorta. A man who seems quiet, maybe even a little withdrawn, totally transforms onstage proving he is the consummate performer. His character wall will not falter and his shirt will come off. To be precise, one shirt will be unbuttoned and removed and one will be torn off, all in the context of the show. Now, it’s probably starting to sound like I’m mocking, I promise I’m not. You just have to see the show live. The band really puts itself out there with the self-assurance needed to make for a really compelling performative act. There is no holding back for Fama. Too many other artists give into their reservations and fall short of their own vision. I say fuck that. Put yourself out there.

The most timid performer onstage is the lovely Hannah Kilen, female vocalist for the band. Now this is a woman whose first words to me were, “I’m going to touch you with my vagina,” (this is flagrantly irresponsible journalism, taken entirely out of context, yet 100% true). She seethes even when she seems to hold back a little amid the onstage antics. It does seem like quite the task to divide her attention between keys, singing, and maintaining a character within the overarching story line but somehow she manages to steal the audiences’ attention for extended intervals throughout the performance.

The show that makes Doctor Bones would be totally devoid of power and subject to ridicule the likes of which have never been seen if the music didn’t back up the act. It’s this sort of dark, punky New Wave Revisited all set to a beat you can dance too. The band combines very talented musicians and a fierce rehearsal schedule. By the time the band hits the stage each night, the music is flawlessly down and the members of Doctor Bones sink into the experience of being onstage in front of a crowd. Drummer Mike Vigil can be found out of his seat, or “throne” as I’m told it’s called, pumping his fist and singing along while guitarist Chad Stark keeps himself tucked away in a corner more intent on keeping the lead funky than on dancing. Swaggering bassist Jess Pruit might be the one to watch. He has invented his very own dance style I like to call the “Slouch-N-Snap” which involves an aberrant, slithering slouch and then popping straight up again when he drifts too low. A classic in the making.

Go see them live. It’ll be an award-winning performance. We promise.