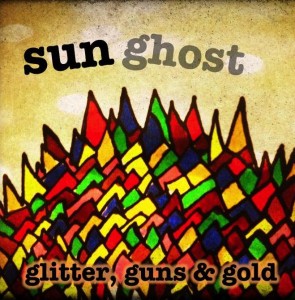 The long anticipated  release show for the follow-up to Sun Ghost’s debut album Love, Hurt & Paradox is only hours away. After months of waiting, and some drawn-out teasing as the band offered half the tracks to fans in a stagnated-early-release, Glitter, Guns & Gold can now be heard in its entirety by fans here.

The early release of select tracks allowed super fans, like myself and other YabYummers, to develop a vicious attachment to the trickle of tracks, frequently checking for new additions. Maybe you even got up early, like me, so you could hear the whole album finally available to listeners. If you are then you will definitely be at the release show tonight, like me, to shout all the words to “Buffalo the Cat”.