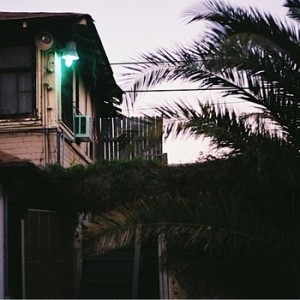 We should begin with a warning. Somehow, completely unintentionally, the “Best New Band Award” has developed a reputation at YabYum as the kiss of death. It seems as soon as we recognize another band as the Best New Band, the group disbands (Soft Drink) or members move internationally (Whisperlights & North Dakota). This year we decided we would not award a Best New Band to anyone… then, last November, we were planning out the awards month and Diners came up. What to give Diners?

Certainly, they meet the criteria for Best New Band. We enjoyed the airy innocence and nostalgic atmosphere on their album Throw Me a Ten recorded at none other than Audioconfusion. The band’s live performances carried the same earnest feeling amplified by the group’s easygoing energy onstage. They continue the artistic tradition of drawing from their predecessors to create something new and relevant to the present but Diners extends their reach a little further than many of their contemporaries and builds their sound from that youthful, teenage heart of rocknroll: the 1950s, the last decade to hold claim on American innocence. Diners just started making the rounds on the Tempe/Phoenix circuit this past year and have already played with many of the Valley’s finest.

And, there you have it. We had to give the award for Best New Band to Diners. Please don’t move or break up.