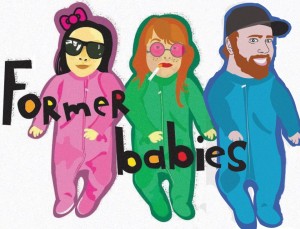 Okay, so as everyone should know, we cover all things Arizona and only Arizona. We get a lot of emails from out-of-state acts that plan on passing through our desert state looking for coverage and usually we pass in lieu of locals. However, this line can be a difficult one to draw at times.  Let’s say you grew up here, started your band here, and then headed out into the world to try your act in a new scene. Do we abandon all future coverage because you have a new zip code? No, of course not. We love Young Mothers whether in Tucson or New York. How about if you moved out here to go to college, were an influential component to the music scene while here, then moved out of the country but came back now and then to perform a la Michelle Blades? Of course, we’ll keep up with her.

Really, what it comes down to is largely personal. What is your connection with the state? And, do we like your work? Both of these factors weigh-in heavily when deciding whether or not you get the local stamp…

Which finally brings us to the current award, Best Band Not Really From Phoenix. We first heard Former Babies on their Bandcamp because their album carried the tag “Phoenix,” admittedly, along with some Cali cities. I loved the album and wanted all 11 minutes available to me at all times, immediately. It’s sort of like the Moldy Peaches if you took out the NYC pretension and pseudo-swagger. We sent Former Babies an email to see if one of the members was perhaps from Phoenix or what, exactly, was the reason for the tag to see if they fit our parameters for coverage. Their connection? Well, they visited a couple of times and caught Andrew Jackson Jihad at the Trunk Space. Okay, that’s a little weak. Band member Shawna England did, however, get a tattoo of a cactus while in Phoenix. Sold. Best Band Not Really From Phoenix.