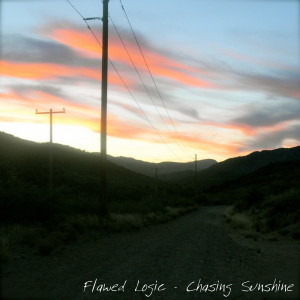 With Flawed Logic it’s all about progression. Not only in the melody of his music, but in it’s creation as well. This past June he released his newest album, Chasing Sunshine. After hearing it, I thought I’d ask him a few questions and he was kind enough to oblige.

How did you get involved with making music?

I first got involved in school playing in band. I enjoyed playing classical music throughout my younger years until I picked up a jazz chart and never looked back. I started with the trumpet, but later moved on to the bass guitar during my sophomore year. During my jazz stint, I had also picked up the drumset as well, which also helped contribute to the knowledge base I pull from when making tracks.

Do you play any other instruments? Do you record yourself and then sample that into your music production or is it strictly sample-based? 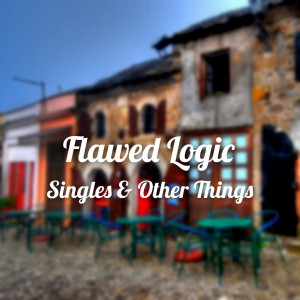 I can play the trumpet and similar brass instruments, bass, guitar, and drumset. When I first started making music, I incorporated more of my playing, but sampling has definitely become the primary method of starting songs. I just released a track, “Lonely Human,” that features my guitar and bass playing.

Who influences your work? Or in other words: Who’s making dem bomb-bay beats you just gotta bump?

I definitely take a lot of inspiration from many different musicians and try to incorporate them into my tracks. I first learned from listening to my favorite hip-hop acts like DJ Shadow, A Tribe Called Quest, Kanye West, Digable Planets and Nujabes, but I also took cues from electronic music like Daft Punk, Chemical Brothers, Aphex Twin and Pogo. I do listen to everything and try to keep an open mind about what I can learn from different musicians.

I really enjoy your cover art as well. Did your take/manipulate the photographs?

Thanks! I do pull much of my cover art from around the web, but I try to make it relavant to a part of the track/album that I’m releasing. My music is quite relaxed and organic-feeling, so nature and other mellow subject matter fits well. I do edit all the pictures, and say nothing about my skills as a digital photo editor.

What are you into when not making music?

I’m living in Flagstaff right now, so I’m starting to get into biking and hiking, which is a nice change from the usual reading and Internet scouring that I so love to do. 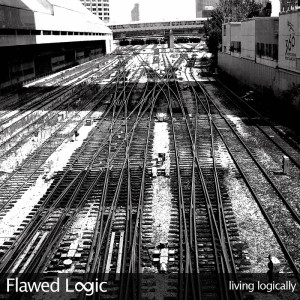 How do like living in Flagstaff? Is it conducive towards your music?

It’s quite quaint here in Flagstaff, and there are lots of interesting people to hang out with and learn from. I don’t know if I would say that it’s conducive for my music, given that the environment isn’t the best for this genre, but there are many musicians here to listen to and play with and so it has become a small part of my music as a whole.

To hear Flawed Logic’s music check out his Soundcloud and Bandcamp pages.