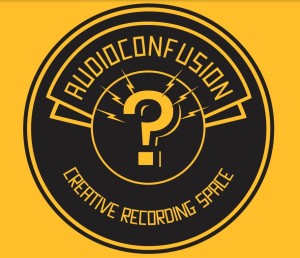 Audioconfusion may just be the best place to record in the Valley, but don’t take my word for it.

Now, I must admit, when I first pulled up to the address provided to me for Audioconfusion I thought to myself, “Really? This is where many of the Valley’s best bands have recorded all those monumental albums?!” I mean there I was, in a quaint neighborhood as far to the east as I ever go, knowing nothing of what lay ahead.

I did, however, have background. It’s been almost three years now that I’ve worked with YabYum and in that time I discovered that a lot of my favorite acts, and their subsequent albums, have been recorded in one place. To give a small sampling, here’s a list of just the bands YabYum has actually covered who have recorded here: Andrew Jackson Jihad, Dry River Yacht Club, Peachcake, Casket Life, Lisa Savidge, Snow Songs, the Necronauts, Daryl Scariot, Tremulants, Ray Reeves, the Premiere, Hello the Mind Control, Former Friends of Young Americans, Dogbreth, Factories, and the Haymarket Squares. This, of course, is only a mere fraction of the overall list that has recorded with Jalipaz at Audioconfusion.

Quite honestly it was this word, Jalipaz, that had first caught my eye. It was on all the best albums: Recorded by Jalipaz. “Now what the heck’s a Jalipaz?” I first thought.

He welcomed me warmly and invited me in. Instantly comfortable is how I would describe walking into Audioconfusion. I definitely understood its moniker “Creative Recording Space.” Wall hangings, tapestries, and paintings adorn the brightly colored interior. Maybe it was the fact that the walls were painted three of the exact same colors as the first house I lived in with my Dad out here in Arizona, but I promptly felt at home.

What happened next became a whirlwind of conversation, music listening, story swapping and general camaraderie with me trying not to get lost as I wrote down everything I could. Here’s what I gathered: In 1995 Jalipaz attended an introductory, 7 week, recording workshop in Ohio; he started Audioconfusion in 1996; in 2004 he wrote the Audioconfusion Manifesto, a calling to like minded musicians to work together in a new way; he opened the doors of the current Audioconfusion in July of 2006; he’s not a musician, although he did play bass briefly (who hasn’t); he is however into NOISE; he not only works with his clients, he becomes good friends with them too; Peachcake camped at Audioconfusion for 6 weeks while they recorded Unbelievable Souls (which comes out September 25); and Tyler Broderick from Diners is teaching his son to play the guitar.

Jalipaz becomes so close with clients in fact he has ascertained an almost cult-like status. Countless pieces of album art, pictures, comics, t-shirts, drawings, altered photographs, heck, even an album name are dedicated to this guy. He even has a Yahoo! answer to the query “What or whom is Jalipaz?”.

But that’s only part of the story.

During our conversation, Jalipaz brought up his partner in audial-crime-fighting, Dan Somers. I could recall Dan from my write-up on his band Lisa Savidge and his involvement with Black Cactus Records (he and Jalipaz were two of the founding members).

Dan’s discovery of Audioconfusion echos my own. As a department head in the early days of Radio Phoenix, he helped amass an entire collection of “relevant” Valley music. Being an engineer and producer himself, but without the finances to open his own studio, he sought a desirable locale to carry out his craft in. So he began scouring through all of the liner notes in the Radio Phoenix catalog and realized all of his favorite albums came from one place. I bet you can guess that place.

Either way, the staggering output of quality material being produced from Audioconfusion continues to grow. Recent releases include the aforementioned Diner’s album Throw Me a Ten (super fun-poppy awesomeness), JJCnV’s brilliant Brainiac Handsome (sell or steal whatever you can to obtain a copy of this rocknroll monster), There There’s Like Love EP (trippy, operatic-esque, shoegazey indie pop), TWiNGiANT’s Mass Driver (“9 songs of heavy fucking sludge metal”) and Happiness Machines’ Burn Metropolis (keeping hardcore punk alive and well by playing it their own way).

But more great albums can be seen in the future of the studio. Current artists working on new material at Audioconfusion include Empire of the Bear (John Martin, along with Ben Gallaty, Andrew Baker, and Ryan Stephenson), the Hashknife Outfit, Snow Songs, Terra Firma, Evening Entertainment Band (Nick Gortari’s solo project), the Oxford Coma, and Ray Reeves.

I believe Dan summed it up best with, “It may or may not be the greatest studio around, but we sure as hell have some of the greatest customers around.” Amen. I promptly look forward to the day of recording my own band here.