SOPA and PIPA are much more than simple bills based on piracy and intellectual property protection.  These bills are an extremely clever attempt at social control.  Here is an excerpt from Wikipedia protesting this very scary possible future of the internet:

SOPA and PIPA would put the burden on website owners to police user-contributed material and call for the unnecessary blocking of entire sites. Small sites won’t have sufficient resources to defend themselves. Big media companies may seek to cut off funding sources for their foreign competitors, even if copyright isn’t being infringed. Foreign sites will be blacklisted, which means they won’t show up in major search engines. SOPA and PIPA would build a framework for future restrictions and suppression.
In a world in which politicians regulate the Internet based on the influence of big money, Wikipedia — and sites like it — cannot survive.
Congress says it’s trying to protect the rights of copyright owners, but the “cure” that SOPA and PIPA represent is worse than the disease. SOPA and PIPA are not the answer: they would fatally damage the free and open Internet.

Also please keep in mind that there are already hundreds of laws in place that protect companies from piracy and protect intellectual property.  As I write this my words are protect by law as my own.  I do not have to register them I do not even have to publish them.  By law the creation is enough.  The burden is on those responsible for their own property to protect it–not taxpayers. That is another dirty little trick that these bills manipulate when big companies copyrights, tradenames and marks are infringed upon we pay for the policing when really all they need to do is pay their attorney to send a letter to the offender and if that person does not stop take action.  So again why SOPA/PIPA – control of a very sociological free environment that scares those who do not want THE PEOPLE to know the truth
Here are a few local Arizona Senators call them let your voice be heard, then call them again and let them hear it again.  Do not give them a light switch to our minds!
-Jofrin Pezzati 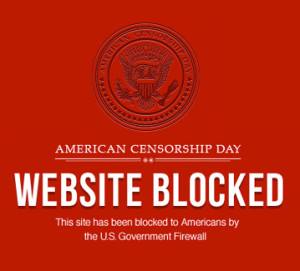